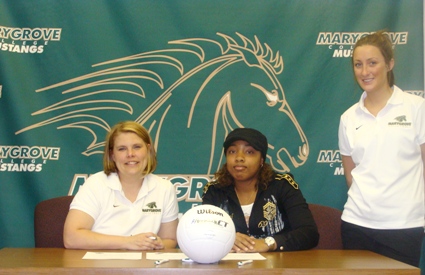 Turner, a 5’5″ libero/defensive specialist, made a name for herself during her playing days at Detroit Northern High School. While at Northern, she was named to the All-City First Team, as well as being designated as the team’s most valuable player. During her stay at WCCCD, Turner was a cornerstone of the program the past two years and started every game. Turner had 15 aces in one game against fellow Michigan Community College Athletic Association (MCCAA) rival Aplena Community College to cap off an impressive career at WCCCD.

Coach Karen Graves on Turner: Ashley is a valuable addition to our growing program. The combination of her junior college experience and maturity will be assets to our young team on and off the court next year. I am thrilled to have Ashley a part of our Mustang family.