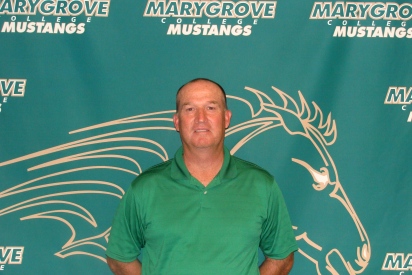 McAuliffe, who was first acquainted with Marygrove College in 2001 through the Midnight Golf Program, will lead the latest sport to be added to the ever-expanding slate for the Mustangs.

“The addition of Frank as our head coach, combined with our exciting Urban Golf Project, will increase the visibility of our program and further develop the spirit of our campus community,” said Dave Sichterman, Marygrove Director of Athletics, Wellness & Recreation in a recent release.

In a season of firsts, McAuliffe will be entering his first season as college head coach, while the Mustangs golf program enters its inaugural season. Â Although it’s late into the recruiting season, McAuliffe plans to use to unique background of coaching and playing experience to attract some of the areas best talent to the campus on Detroit’s northwest side.

McAuliffe has extensive coaching experience and is currently in his 16th season as head coach for Dexter High School’s Men’s Golf Team.Â  With McAuliffe at the helm, Dexter has achieved 10 Southeastern Conference (SEC) Championships and a runner-up finish in the 2008 MHSAA State Tournament.