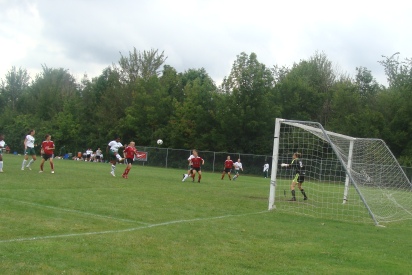 NORTH CANTON, Ohio – The Mustangs hit the pitch at Walsh University (OH) on Tuesday for their second game of the season (first road game). A tight game landed in the home team’s favor as Walsh sent the Stangs home, 2-0.

Going into the half down 1-0, the Mustangs looked to regroup in the second frame against a strong Walsh team. The game came down to a battle of the midfield, which was eventually won by Walsh when they added an insurance goal in the 88th to hinder any late comeback attempt. The Mustangs (0-2) will look to climb back to .500 this weekend with a pair of games at Calumet College of Saint Joseph. On Saturday, the host Crimson Wave square off against Mountain State in the opener, while the Mustangs will battle Iowa Wesleyan University (10:30am EST). The winners of each game will advance to play each other at 2pm Sunday.