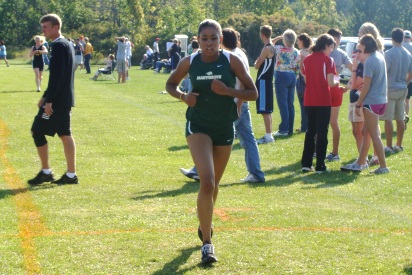 Freshman Krystal Jones-Bostic would be the only female runner for the Mustangs after injuries depleted the team. The 5K event would be Jones-Bostic’s first race in two years. The savvy distance runner came out strong and kept a strong pace through the daunting course. A time of (29:34) would secure 68th place for Jones-Bostic in her debut as a Mustang.

With the inaugural race behind them, the Mustangs now look to next week’s Tommy Titan Invitational (Running Fit/Detroit Titan). The race will be held Saturday, September 12 at 11:30am at Cass Benton Park in Northville.