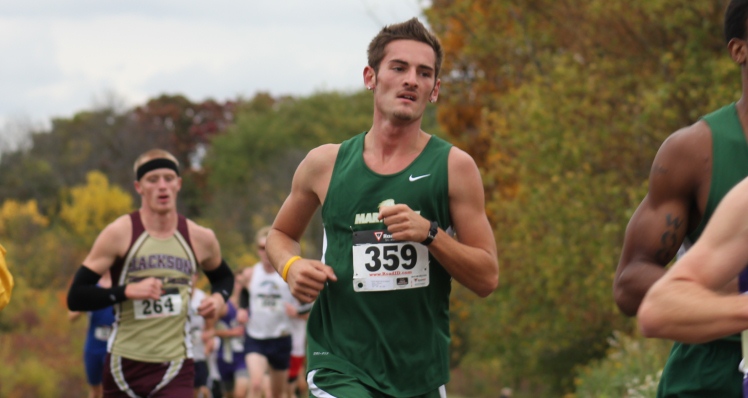 Butler, a senior distance runner, says goodbye to cross country as he moves into indoor track & field season. The talented runner helped build the cross country program when he became the first student-athlete to sign in 2009.

Amidst cool conditions and high altitude, Butler raced his way to a strong finish nationally for the second year in a row.

The senior distance runner ends his four-year cross country career holder of many records at Marygrove â including the recently regained 8K record of 27:44 achieved this season at the NAIA Great Lakes Invitational.

*Official results were not available at the time of release