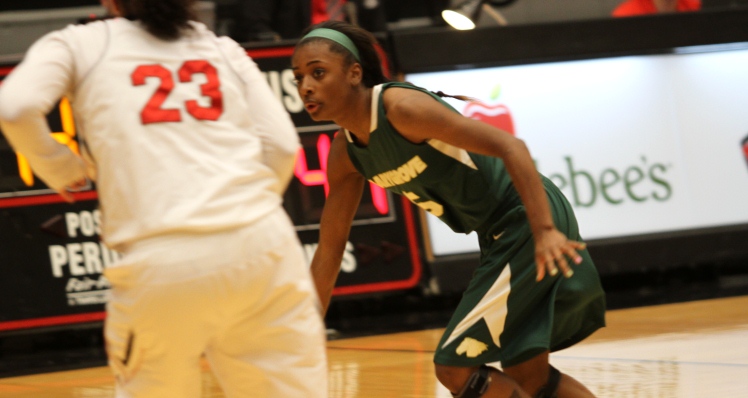 CINCINNATI, Ohio â Turnovers were the story Saturday (Nov. 1) as Marygrove women’s basketball fell in Cincinnati, Ohio, to Asbury (Ky.) in a neutral-site contest, 93-67. The Mustangs (0-2) coughed up possession 34 times, 13 more than the Eagles (1-0) to drop their second game in as many days to open the 2014-15 campaign.

The bulk of the Mustangs’ struggles would occur within the game’s opening 20 minutes. The Mustangs would dig a 52-27 hole at the half largely due to 26 first-half turnovers. Down 25 at the break, the Mustangs calmed down for the second half, surrendering only eight possessions via turnovers to play to an even final stanza. In all, the Mustangs played the Eagles tough in the second half to lose the neutral-site contest by 26 points â one more than their halftime deficit.

Asbury was led by Brittany Warren with 14 points.

The Mustangs will have to wait 10 days to hit the hardwood again with their next contest coming Nov. 11 at Goshen (Ind.).