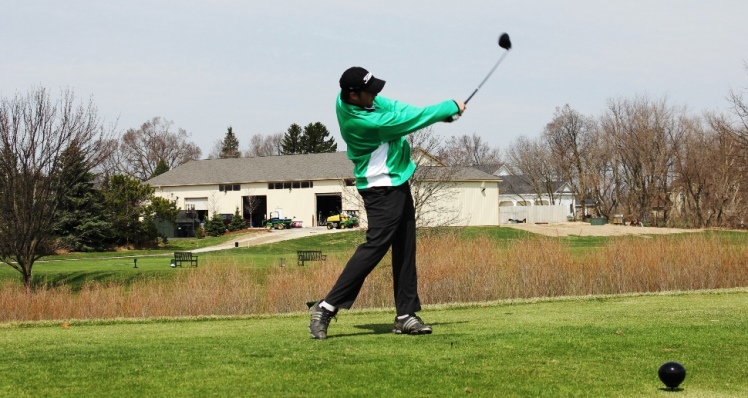 AUGUSTA, Mich. — The men’s golf team traveled to Augusta â not that one, the one in Michigan, for day one of two at the Shootout at Stonehedge North Golf Club. Hosted by Lawrence Tech, the two-day event started with mixed results for the upstart Mustangs golf program as the Green and Gold checked in at 12th.

Jimmy Stewart (Punta Gorda, Fla./Charlotte High School) led the Mustangs on day one with a +13 (85) thanks to a string of pars midway through the round. Stewart’s 85 was a sign of great improvement from a week ago where the sophomore posted a 93 in the season-opening round in Ohio on March 27.

Stewart, one of three sophomores on the Mustangs roster from a season ago, knocked in seven pars in a row Friday. In total, the Florida native chimed in with 11 pars on his day-one scorecard to help keep the 85 in check after running into trouble on a few holes.

Michael Kanalas (Rives Junction, Mich./Jackson Northwest High School) checked in behind Stewart with an opening-round 91. Kanalas’ 91 was helped by a stellar, four-hole stretch on the course Friday that saw the sophomore post a birdie and follow it up with three consecutive pars.

Austin Valentine (Westland, Mich./Concordia-Ann Arbor), playing in his second day of collegiate golf, had a great day on Stonehedge. The full-time men’s soccer player walked into the clubhouse with a 93 to shave 12 strokes off of his game since last week’s classic at Ohio Northern.

The Mustangs will return to action Saturday (April 4) for day two at Stonehedge North Golf Club. A full recap will be posted on marygrovemustangs.com once scores are reported Saturday evening.