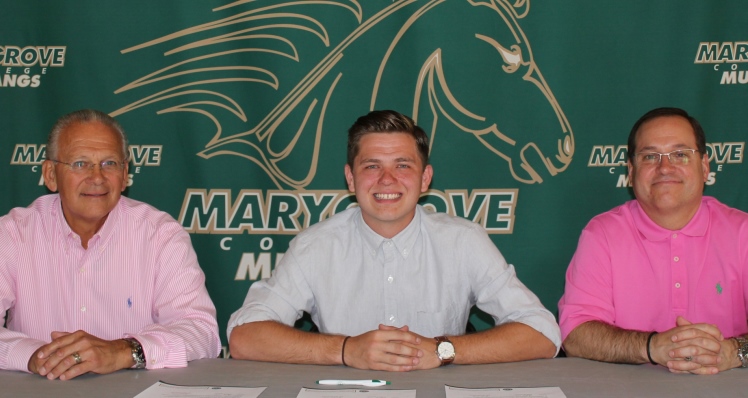 The signing helps the Mustangs fill out a 2015 roster that is primed for a breakout campaign behind junior cornerstone’s Michael Kanalas and Tyler Newell and a cast of newcomers.

Cavazos, a 5-10 two-sport student-athlete, committed to play for the budding Mustangs golf program this fall after signing his Letter of Intent on Thursday (Aug. 6). With a minimum of one more signing expected before the fall season, Marygrove men’s golf is primed to have a breakout season under the leadership of head coach Frank McAuliffe and assistant coach Ronnie Pollack, Jr.

Pollack has been the lead recruiter for the Mustangs over the past two seasons.

A transfer, Cavazos is familiar with the Wolverine-Hoosier Athletic Conference after spending three semesters at Aquinas (Mich.) on the men’s basketball team. Cavazos already paved a stellar path as a student-athlete prior to his days at Aquinas and signing with Marygrove at nearby Shrine Catholic High School in Royal Oak, where he was a two-sport star and 2010 graduate.

During his time at Shrine, Cavazos made a name for himself by becoming a member of the MHSAA All-State Team on two occasions on the hardwood while earning the same distinction three times during a four-year varsity golf career.

COACH MCAULIFFE ON CAVAZOS
“I’ve had a chance to see Alex play and he will certainly come in and be counted on as one of our top golfers right away,” said McAuliffe. “He is a great young man with a passion for the game and improving each day. He will be a vital piece to our puzzle as we move forward and coach Pollack and I are glad to have him as a part of the Mustang family!”