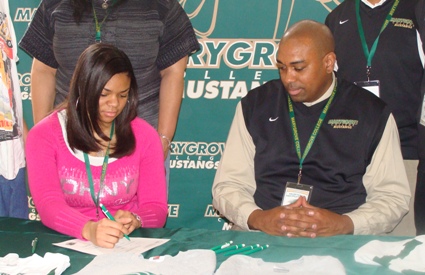 Marks, shown on the left with her family and women’s basketball coaching staff, is a 5’10” swing player who can play three different positions, has been a two year starter and lettered three times during her career at Renaissance. Marks also led her team to two-straight regional finals, while leading her team in rebounding and FG% the last two seasons.