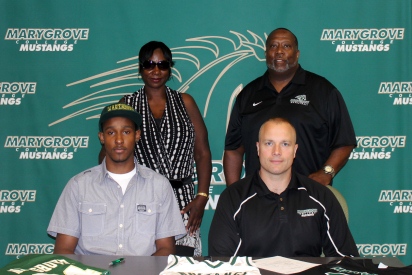 DETROIT, Mich. — On Tuesday (05/29), the men’s basketball program continued their hot streak of signings after they picked up a commitment from Macomb Community College transfer, Keith Paris.

The junior — along with a host of new Mustangs — joins a solid returning cast as the program enters its first year in the Wolverine-Hoosier Athletic Conference (WHAC).

His junior college career was highlighted by a career-high 32-point game, as well as a 26-point, 18-rebound show put on against rival Oakland Community College. Paris intends on majoring in business and someday will turn his focus toward sports management.

Coach Sichterman on Paris: We are very pleased to add Keith to our strong 2012 class. He will give us plenty of experience as a transfer and will give our backcourt an immediate boost. We expect Keith to play a major role in our team’s plans for the 2012-13 season. Like all of our recruits, Keith is a hard-working, unselfish young man that fits the mold of the type of student-athlete we are targeting at Marygrove College.