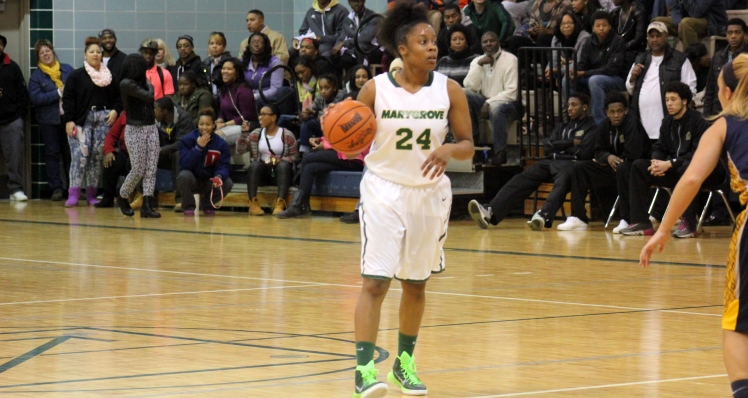 BY THE NUMBERS
25: Senior guard Raeha Weaver was on fire Saturday (Feb. 14) at home against WHAC foe Cornerstone. The senior Â poured in a game-high 25 points on 8-of-12 shooting from the field and a 7-of-10 effort from the charity stripe. The impressive day was just shy of Weaver’s career-high Â 27 points set on Nov. 1, 2014.

6: The Mustangs blocked a season-high six (6) shots in their 73-67 victory over Michigan-Dearborn on Saturday (Jan. 24). The half-dozen swats sparked a great overall defensive as the Mustangs locked down the Wolverines in the six-point thriller to pick up their second conference win of the 2014-15 campaign.Â

A LOOK AT CONCORDIA
Second-year head coach Thad Sankey and the Cardinals topped the Mustangs earlier this season in Ann Arbor on Jan. 14 by a 91-70 final. Kari Borowiak and Michelle Murnen lead the Cardinals with 11.3 and 10.4 points per game, respectively.Â

A LOOK AT DAVENPORT
Fourth-year head coach Mike Williams and the second-ranked Davenport Panthers enter the week of Feb. 16 with Â their pusuit of perfection in tact, posting a 28-0 record and a 20-0 mark in WHAC play. Diana Grazulis leads the No. 2 Panthers with 15.3 points and 7.8 rebounds per game.

TWO CLOSE LOSSES
The Mustangs (4-24, 2-18 WHAC) suffered a pair of close setbacks last week at the hands of Cornerstone and Lourdes. The losses came by a combined eight points, Â resulting in the two closest setbacks of the season for an improved Mustangs squad.

COACH COV’S CORNER
“I feel horrible for the girls after having to endure back-to-back close losses, especially near the end of a season where they have worked so hard,” said second-year head coach Craig Covington. “We were in foul trouble early and it hurt us for the rest of the game, especially late when we were forced to foul. We hit a rhythm late in Saturday’s contest and eventually closed the Cornerstone lead to one-possession,” continued Covington. “Raeha and Tiffany had excellent games to help us come all the way back for the upset. Regardless of the outcome, this team has improved dramatically over the course of the season and for that I am proud.”

BRADFORD’S SHOT RETURNS
Junior guard Tiffany Bradford returned to form last week by connecting on 9-of-17 three-pointers to help keep the Mustangs compete in a pair of close games. Bradford’s nine triples marked the most for the junior in back-to-back games since December 3-4, 2014.

SENIOR NIGHT IS WEDNESDAY!
Join us Wednesday (Feb. 18) as we celebrate the careers of seniors Janeesa Jamierson and Raeha Weaver (Battle Creek, Mich./Kellogg CC). The pair of Battle Creek natives transferred to Detroit for the final two years of their heralded careers after playing two seasons for hometown Kellogg CC. Weaver, a speedy combo guard, has appeared in 56 games for Marygrove entering the week of Feb. 16. Since joining the Mustangs, Weaver has amassed 587 points, including a career-high 27 points set earlier this season. Jamierson set her Marygrove career high of 17 points earlier this season and has tallied 357 points for her Mustang career.

EXTENDED COVERAGE
Join the Mustang Sports Network’s Jeremy Otto and Jimmy Stewart as they bring you extended coverage of all second semester action with game day previews, interviews and more! Don’t forget to follow all the action live on marygrovemustangs.com/live!