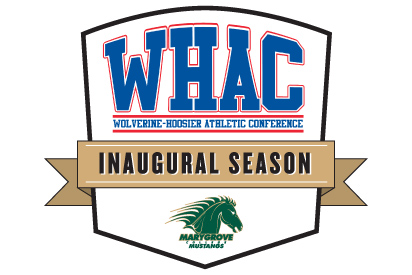 Of the six teams, men’s golf will head into conference battle first when they travel to Siena Heights University for the first of five WHAC Jamborees on Sept. 8. Ian McCarthy (Dexter, Mich./Dexter) will anchor a first-year squad that is poised to compete strongly in the WHAC. Frank McAuliffe, head coach of the men’s and women’s golf teams, looks forward to beginning conference play to see how his team will stack up against the competition. McAuliffe’s roster has filled out and will be released next week along with the rest of the fall sports rosters. [Men’s Golf Schedule]

Men’s cross country begins action on Sept. 8 when they travel to nearby Cass-Benton Park (Northville, Mich.) to compete in the 26th Annual Running Fit/Tommy Titan Invitational. The invite is host to many of the region’s top teams from NCAA Division I to the junior college level. The men’s team will be led once again by school record holder Anthony Butler (Lincoln Park, Mich./Roosevelt). Butler, now a senior who helped build the program as a freshman in 2009, will be flanked by returning talents Robert Crockett (Detroit, Mich./King) and Akil Prowell (Detroit, Mich./Crockett). The pair closed out their freshmen campaigns last year on a high note and look to carry over the momentum into 2012. Top newcomers Jonathon Rutkowski (Riverview, Mich./Gabriel Richard) and Lovell Walker, Jr. (Detroit, Mich./Allen Academy) will help strengthen the Mustangs’ times this season. [Men’s Cross Country Schedule]

The women’s cross country squad will also begin action on Sept. 8 at Cass-Benton Park. As it has been the past couple years, Shana DeVoe (Ortonville, Mich./Brandon) will set the pace for the Mustangs heading into the season. The former women’s soccer All-American and 2009 USCAA National Champion has excelled on the trails for the past three seasons for the Mustangs and looks to end her collegiate career strong in 2012. A long list of incoming talent brought in by head coach LaCema Womack will join DeVoe this season. Freshmen A’Shantae Baker (Detroit, Mich./Allen Academy), Mercedesz Brown (Livonia, Mich./Redford Thurston), Diamond Easton (Detroit, Mich./Allen Academy), and Devin Willis (Flint, Mich./Carmen Ainsworth) join returning members Angela Allen (Detroit, Mich./Community) and LaNyck Washington (Detroit, Mich./East Kentwood) to round out the squad. [Women’s Cross Country Schedule]

Head Coach Matt Johnson’s men’s soccer team arguably runs out the most returning talent of any team in the 10+ year history of Marygrove Athletics. The inaugural 2009 squad retained six of its members that now enter their senior season at Marygrove College. In all, the team has maintained a 5-7-1 overall record against WHAC teams in their three year existence and ended last season’s home campaign with a 4-3 win over eventual WHAC tournament champion, Madonna University. Three-time USCAA All-American Jordan Berry (Dearborn, Mich./Crestwood) and fellow senior Huss Seklawi (Dearborn, Mich./Fordson) are a couple cornerstones of the senior-laden team that looks to end their collegiate career on a high note. Almost all of the Mustangs’ 2011 production returns and will be flanked by top newcomers Gonzalo Caceres (Detroit, Mich./Southwestern), Moussa Diallo (Dearborn, Mich./Fordson), and  Xhensil Korcari (Livonia, Mich./Schoolcraft) to name a few projected contributors in 2012. The Mustangs open up the season at Grace College (Ind.) on August 23 and will hit the road the following day for a NCAA DI contest at Western Michigan University. The men’s soccer team will open WHAC play at fellow conference newcomer Lawrence Tech on Sept. 22 at 3:00pm. [Men’s Soccer Schedule]

Of all fall sports teams, the women’s soccer team boasts the best record against their soon-to-be WHAC counterparts. Since the program’s inception in 2009, the Mustangs have been able to compile an impressive 6-5-2 mark against the WHAC. Last season, a 2-2-2 mark against WHAC teams would have been good enough to place the Mustangs in the middle of the pack heading into the conference tournament. The 2009 cast that won a USCAA National Championship retains three core players: Karlee Derrick (Garden City, Mich./Garden City), Deanna Lints (Hazel Park, Mich./Hazel Park), and three-time USCAA All-American and two-time A.I.I. All-Conference member Jessica Niemi (Swartz Creek, Mich./Swartz Creek). Niemi will hit the pitch as arguably one of the most skilled defenders the WHAC has to offer and will look to once again help stymie opponents for Coach Tony Williams and the Mustangs. Jessica McClendon (Canton, Mich./Madonna University), Shannon Melvin (Garden City, Mich./Garden City), Sara Ruch (Oxford, Mich./Oxford), and Jessica Trimmer (Farmington Hills, Mich./North Farmington) are a few notable members of the heralded 2012 incoming class that is poised to make an immediate impact for the Mustangs. The team begins the 2012 campaign on their home pitch against NAIA power Grace College (Ind.) on Wednesday, August 22 at 3:00pm. They return to action a mile down the street against NCAA DI Detroit Mercy on August 24. Their first WHAC contest is slated for Sept. 29 at Concordia University-Ann Arbor at 12:30pm. [Women’s Soccer Schedule]

The full slate of WHAC competition will undoubtedly supply us with one of the most memorable fall sports seasons to date at Marygrove College. Please continue to visit our athletics website, www.marygrovemustangs.com, for all the latest news and notes, scores, and more from all of your favorite Mustang teams!